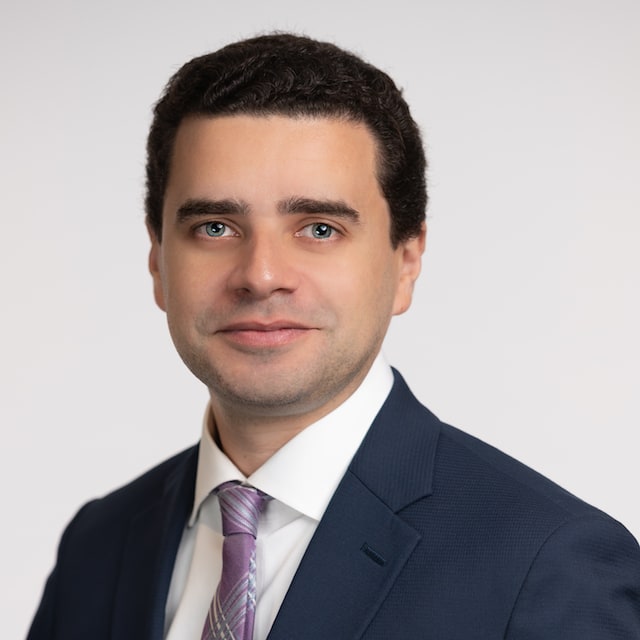 Sergio D. Simões joined the firm in September 2007 and was elevated to partner in 2015. He concentrates his practice in civil and complex litigation, appellate practice and employee benefits.

During law school, Sergio was an intern at the Government Law Center of Albany Law School, the Albany County District Attorney’s Office, as well as the Albany Law School Health Law Clinic. He also served as a research assistant to a Professor of International Law and has been acknowledged for his research assistance in the Canadian-published Osgoode Hall Law Journal. Sergio, together with and other members of Lindabury’s Labor and Employment practice group, was co-author of the New Jersey chapter of the 2019 Chambers Global Practice Guide for Regional Employment.

Fluent in Portuguese, in 2004, Sergio completed a Certificate program in European Union Law at the Universidade Católica Portuguesa in Lisbon, Portugal.

He received his Juris Doctorate from Albany Law School in 2006 and graduated with highest honors from Seton Hall University in 2003 with a Bachelor of Arts degree.

He is admitted to the bars of New Jersey, New York, Pennsylvania and the United States District Court for the District of New Jersey. Sergio serves as an alternate member of the Planning Board of his home town of Garwood, New Jersey.