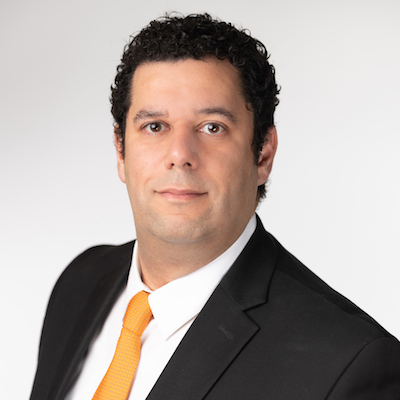 David also provides cross-platform services for members of the observant Jewish population in New Jersey who are addressing their matrimonial and family law issues before the Rabbinical Courts.  He has lectured at various religious institutions, instructing those involved in the process in the legal and equitable aspects of marital dissolution from a civil law perspective.  David also serves as an advisor to several Rabbinical Courts in the same vein, advising as to the more complex aspects of civil laws relating to divorce, custody and support, and the interaction between civil and religious legal canons; assisting the Rabbinical Courts in reaching decisions that are fair and equitable in all respects.

David is the co-author of both the 14th and 15th editions of the Domestic Violence chapter of the New Jersey Family Law Practice Series, the foremost Family Law treatise in use by family law practitioners in New Jersey, and has authored other articles on family law topics. He speaks regularly on all aspects of matrimonial and family law, including domestic violence and custody issues, financial security, equitable distribution and support.

David is the co-host of “The Law Matters,” on WMTR Radio, soon to be entering its sixth season. He serves as General Counsel to several entities and organizations, and volunteers his time to the court as an Early Settlement Panelist in both Essex and Morris Counties.  David has also been designated as a “Blue Ribbon Panelist” for Morris County, is a program that assists the courts in handling more complex dissolution cases.

David has been recognized as a New Jersey Super Lawyer® “Rising Star” annually from 2009-2017.  In 2020, David was also selected as one of the Best Lawyers for Families, as nominated by New Jersey Family Magazine.

Admitted to practice both in New Jersey, as well as New York, he has handled matters in both states. He operates out of the firm’s main New Jersey office in Westfield, and also meets clients at the firms’ Summit, Red Bank and New York offices.

David also serves as a member of the Board of Trustees of Congregation Etz Ahaim, which, for almost 100 years, has stood as the only Sephardic Synagogue in the Middlesex, Union and Morris County areas.

Prior to entering private practice, David served as a law clerk for the Honorable Thomas P. Zampino, Judge of the Superior Court, Essex County, New Jersey, one of the longest-tenured matrimonial judges in the State of New Jersey. While in law school, he interned for the Honorable Nicholas H. Positan, for the Federal District of New Jersey.  At the same time, he had also volunteered to represent low income clients before the New York Housing Courts as well as before the Social Security Administration.